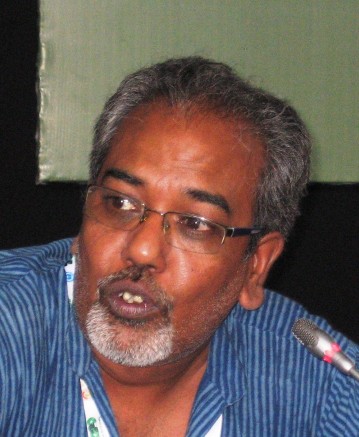 The 21st day of March is designated by the United Nations as the “International Day of Forests”, supposedly to highlight the importance of forests. However, in 2017, the Food and Agriculture Organisation (FAO) of the United Nations, promoted the theme “Forests and Energy”, calling forests “nature’s power house”. This sends a clear message that forests should no longer to be seen only as a source of fuel for basic cooking and heating, but are now also expected to supply “modern biofuels” made from tree biomass; for electricity generation, and to power trucks, cars and airplanes.

As the continued combustion of fossil fuels becomes increasingly problematic, so energy-intensive industries are looking to trees as a source of so-called renewable, sustainable, and climate friendly energy. Such “bio-energy” includes burning bio-diesel made from palm-oil, and using electrical energy generated by burning wood from forests or from industrial tree plantations. In reality, logs from clear-cut forests are often used, and not just ‘wood-wastes’ as the FAO and the timber industry claim. This growth in bio-energy use is driven by massive government subsidies and as a result, wood from forests is even being imported from across the world to supply biomass-derived heat and electricity, especially in the EU, in order to help meet renewable energy targets. Recent studies have however shown that such energy cannot be considered ‘renewable’ or ‘carbon neutral’.

It has been estimated by the FAO that 40% of the global renewable energy supply is presently obtained from wood-derived sources, far more than from solar, hydro and wind put together. The key question is whether the worlds’ remaining forests can continue providing enough wood to meet the high demands being put on them, especially for the increased supply of “renewable” industrial wood-based fuels that is expected? The short answer to this is that there is an escalating trend to promote the expansion of vast monoculture tree plantations into countries of the global South. Oil Palm plantations have already caused the extensive destruction of rainforests, displacing threatened animals and the people that depend on them. 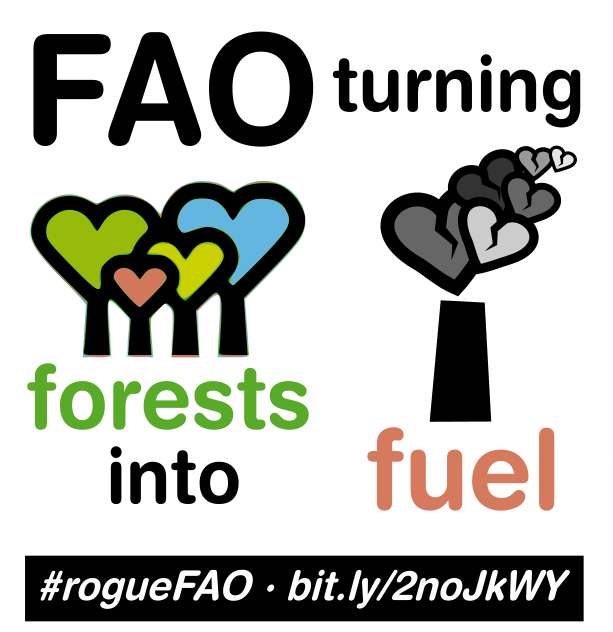 At the heart of this problem, is that the FAO has wrongly defined tree plantations as forests, and erroneously calls them “planted forests”, thereby misleading the world into believing that biodiversity-rich forests can be obliterated and then be replaced by tree plantations, because this amounts to “no nett loss” of “forest cover”. This fallacy has been reinforced by “forest” certification schemes by which the most atrocious tree plantations can be green-washed as “responsibly managed forests”, even when they have destroyed priceless habitat including forests, woodlands and grasslands.

In response to these lies, a global campaign to protest the FAO’s problematic forest definition was started more than ten years ago, but till now it has met with stubborn denial from the FAO and its cohorts such as the CBD (Convention on Biodiversity Secretariat). The FAO’s over-simplistic “forest definition” considers both forests and tree plantations to be basically just “a bunch of trees”, while ignoring the fundamental attributes of forests. These include their rich biodiversity, which arises from their innate capacity to function as an ecosystem in which there are many life-forms besides just trees. These include reptiles, birds, insects, shrubs, fungi, and most importantly, a huge number of microbes that are essential to the health of forests and forest-dependent human communities. It is no exaggeration when activists call monoculture tree plantations ‘green deserts’, because unlike genuine forests, these ‘fake forests’ are incapable of supporting the diversity of life that is so crucial to the planet, but at the same time they are usually dependent on the use of toxic agro-chemicals, that also cause climate change, to enable them to be viably productive. Thus, the FAO definition fails to acknowledge the invaluable contribution of complex processes in forests that generate food, medicines, soil, water and oxygen.

After 2000, there was a policy change to planting Jatropha curcas trees as a source of oil for producing biodiesel, especially in the central state of Chhattisgarh where hundreds of thousands of acres of forest lands were planted to Jatropha, of which, going by the official data, less than one fourth survived. In this process, communal agricultural and grazing lands, and forest areas, were appropriated by over-zealous forest department officials, who ignored or over-ruled the rights of the forest dwellers as provided for under the Forest Rights Act, 2006. Recently, Oil Palm plants were observed growing in the forest department nurseries in Chhattisgarh, which is an ominous sign given the devastating impact of Oil Palm plantations in Indonesia.

As part of its national policy, India has gone on a tree plantation expansion spree with massive funds supporting the ‘compensatory afforestation’ drive and the Green India Mission (GIM). With the enactment of the Compensatory Afforestation Fund Act 2016 (CAFA) more than $6 billion (INR 40,000 crore) is being pumped into the ‘forestry sector’ for its tree plantation programme, in lieu of forest land diverted (read loss of forest land) to other industrial projects. The fund is generated through the compensation paid by companies for forest loss, supposedly to offset the damage.

The GIM is a ‘climate mitigation’ scheme, part of India’s REDD+ programme, with a budget of around $6.9 billion (Rs 46,000 crore) allocated to covering ten million hectares with monoculture tree plantations under the guise of eco-restoration and increasing ‘forest cover’. India’s efforts to demonstrate an increase in ‘forest cover’ and therefore an increase in its carbon stocks and carbon sequestration capacity have been boosted financially through sharing tax benefits with those states achieving forest cover in accordance with the recommendations of the 14th Finance Commission. An estimated INR 55,000 crore ($8.3 billion) fiscal transfer is envisaged, which is more than 24 times the budget allocation for the Ministry of Environment, Forests and Climate Change in 2016-17.

Behind these massive tree plantation expansion programmes, primarily aimed at increasing “forest cover”, lies the blatant violation of the rights of forest people in India, as enshrined in one of the most powerful legislations enacted in independent India – The Forest Rights Act, 2006. The Compensatory Afforestation Fund (CAF), which was accumulated through offsetting charges paid for the cutting of forests by industrial and urban development projects, facilitates the diversion of forests without compensation for the rights of the forest communities. In its implementation of the plantation programme, the CAF has done away with obtaining the consent of the Gram Sabha (Village Council) in complete violation of the Forest Rights Act. With the diversion of forests for mega hydro-power and mining projects, clearing is allowed without the consent of the Gram Sabha. The GIM is implemented at the village level through Joint Forest Management (JFM) Committees that are controlled by the forest department, thus undermining the Constitutional powers of the Gram Sabhas and the rights of the forest dwellers.

This year’s “Forests and Energy” theme of the FAO is therefore a clear threat to the forests and biodiversity of forest peoples and our Mother Earth. The FAO’s support for industrial tree plantations at a global level will thus facilitate the violation of the rights of indigenous and local forest communities in Asia, Africa and Latin America, and only benefit countries and corporations that invest in tree plantation projects. In turn, this will provide the fertile ground needed to attract perverse climate finance under the United Nations REDD+ programme. 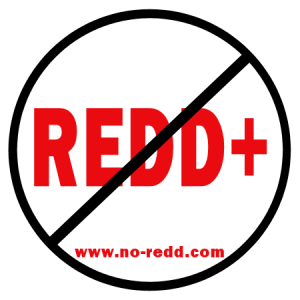 Souparna Lahiri is currently a member of the All India Forum of Forest Movements and the Global Forest Coalition. Also, a veteran of the forest movement in India, and as an anti-carbon trade activist worked to expose CDM – Clean Development Mechanism – projects in India. He has also worked with communities resisting big hydro projects in north eastern India, monitored international financial institution policies such as those of the Asian Development Bank, campaigned for labour rights, and in the past defended human rights and the rights and dignity of street children.

Note: An earlier version of this article was published at:  https://www.countercurrents.org/2017/03/21/faos-bioenergy-themed-international-day-of-forests-is-a-threat-to-mother-earth/

ON INTERNATIONAL DAY FOR FORESTS, FAO CELEBRATES CUTTING THEM DOWN FOR ENERGY http://www.biofuelwatch.org.uk/2017/fao-int-day-forests/

Press Release: FAO definition must recognize that plantations are not forests!

The Global Campaign to stop the FAO from defining tree plantations as forests.

Forest Cover 50 – The SDGs and forests: threat, or opportunity of a lifetime?

View all posts by plantationdefinitiondiscussion

Before people started planting tree mono-cultures, there was no need to question whether a forest was anything but a forest. The people and creatures living in the forests and the grasslands knew exactly what they were - home. This knowledge had rooted deeply over time, and became known as 'traditional lore' or 'instinct'. The recent trend to destroy forests and to replace them with alien tree plantations, euphemised by timber industry supporters as "planted forests" and other misleading names, has led to a war of words in the struggle to uphold the truth. So-called scientists employed by the timber, pulp and paper industry and its friends, distort reality in favour of those who seek short-term profit at the expense of the natural world and it inhabitants. To help expose this dishonesty, it is necessary to enlist the expert views of indigenous peoples and others who are prepared to stand up in defense of the truth: Plantations are not forests!